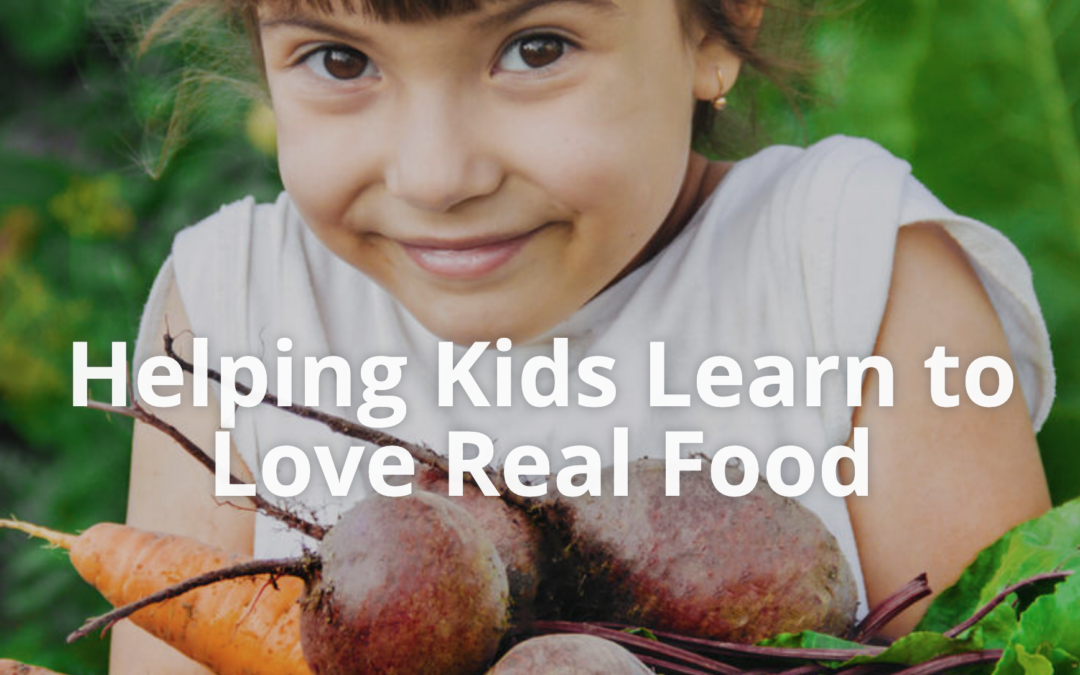 You may be aware that I am Chief Science Officer for a nonprofit called Eat REAL (https://eatreal.org).
Eat REAL is seeking emergency funds, resources (donations/food/masks) and tools (worker safety video guides) for schools that are now acting like food banks for vulnerable families.
Please consider making a small donation to help their response to the current #CoronavirusPandemic.
https://charity.gofundme.com/o/en/campaign/covid-19-kidsduringcrisis-response-fund-to-support-healthyathome-kids-and-schoolheroes 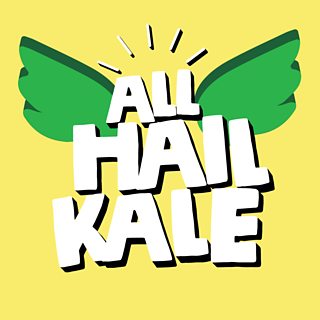 The fascinating story of fat vs sugar and how it’s still misinforming what we eat today.

All Hail to the Kail podcast featuring the fascinating story of fat vs. sugar and how it’s still misinforming what we eat today, featuring Nina Teicholz, Dr. Aseem Malhotra, and Professor Michael Yudkin, son of John Yudkin, author of Pure White and Deadly. 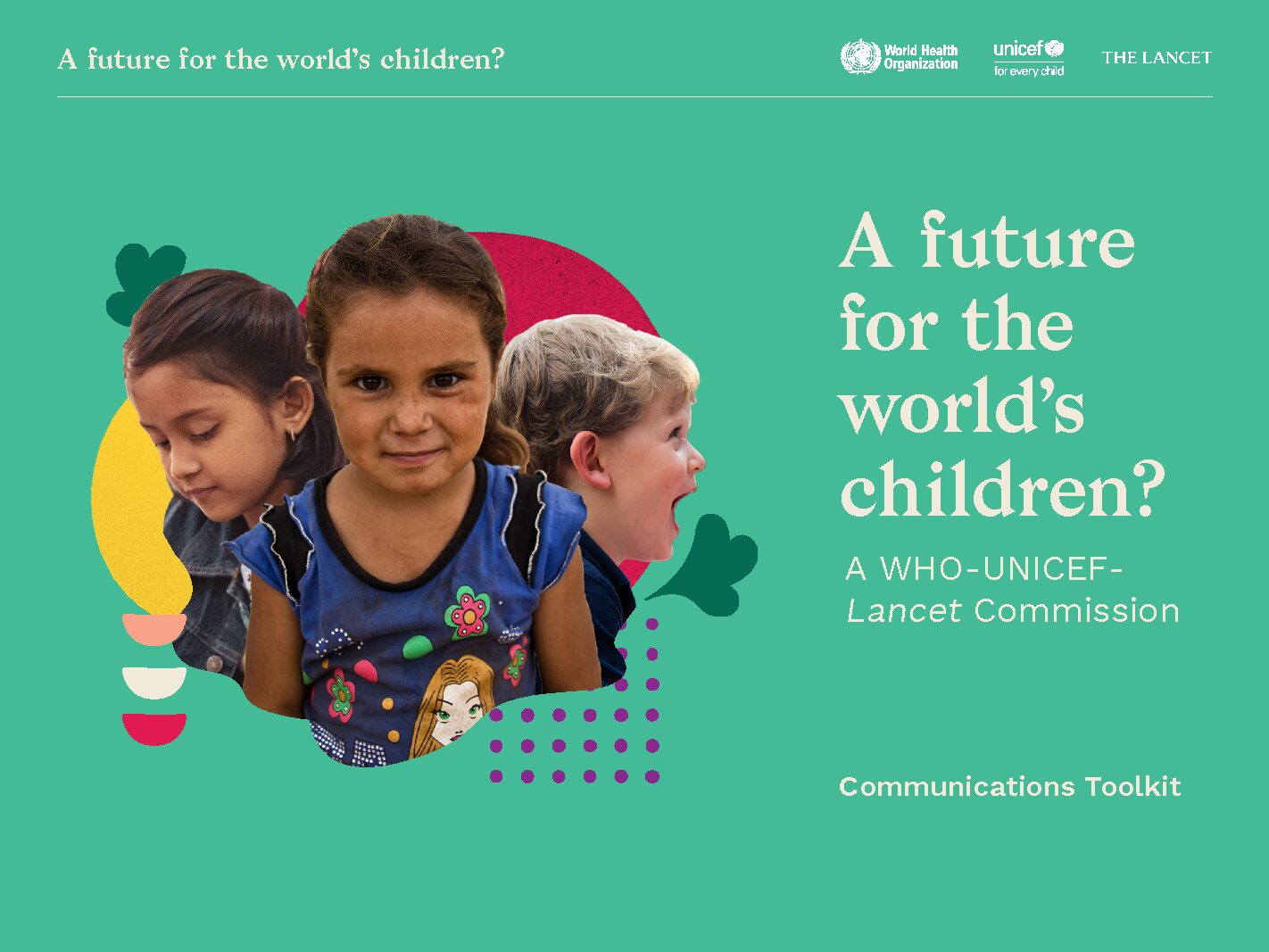 Future of the world’s children

A future for the world’s children?

The health and wellbeing of children now and in the future depends on overcoming new challenges that are escalating at such speed as to threaten the progress and successes of the past two decades in child health. The climate emergency is rapidly undermining the future survival of all species, and the likelihood of a world in which all children enjoy their right to health appears increasingly out of reach. A second existential threat that is more insidious has emerged: predatory commercial exploitation that is encouraging harmful and addictive activities that are extremely deleterious to young people’s health.

The WHO–UNICEF–Lancet Commission lays the foundations for a new global movement for child health that addresses these two crises and presents high-level recommendations that position children at the centre of the Sustainable Development Goals (SDGs).

A future for the world’s children? A WHO-UNICEF-Lancet Commission

Richard Horton, Sarah Dalglish, and Grace Gatera talk about the future for children alive today, alongside findings from the new Commission

A future for the world’s children? A WHO-UNICEF-Lancet Commission

by Richard Horton, Sarah Dalglish, and Grace Gatera talk about the future for children alive today, alongside findings from the new Commission.

“Currently children around the world are unprotected from commercial predatory interests…”

“Our report chose to focus in on the commercial marketing of harmful products to children and their caregivers. We saw that this has taken on a fairly sinister new aspect in the area of social media and algorithmic targeting. There is a lot of evidence that children are specifically targeted with advertisements for alcohol, tobacco, e-cigarettes, sugar-sweetened beverages, and other unhealthy products. At the same time, their parents are targeted for ads for breast milk substitutes – all of which can be very unhealthy for children. The amount of these ads is just staggering. Children and adolescents, for example, in Australia, view some 51 million ads for alcohol during sports programs in a single year, mostly during daytime hours. That’s just one example. In an era like today where non-communicable diseases kill some 41 million people globally each year, we thought this issue is not getting nearly enough attention that it requires because people’s health trajectories, in terms of their behaviors, what they eat, drink, whether they smoke, are often set during childhood and adolescence.”
– Sarah Dalglish

Richard Horton explains why and what we can do about it:

“There’s not one country in the world that’s successfully introduced policies to address overnutrition and the driving forces of overnutrition are the commercial determinants of health. The predatory behavior of food manufacturers who use marketing and advertising techniques to deliberately target vulnerable young people, and nobody is defending the interests of those vulnerable young people. We think the public health community, the medical community, should be one of those forces in society to protect the interests of children and young people, and that’s what this commission is trying to do…to lay out the evidence, to signpost the challenge, and to begin the action necessary to do so.  I think it’s going to be very challenging to commercial determinants of child and adolescent health because we underestimate the force of these predatory food companies in our society. They are huge, the cross transnational borders, they have enormously successful political lobbying, capacities and efforts, and to take the medical and health communities and try and defeat their work is a challenge that seems of superhuman proportions, but the medical community is also transnational, it is its own network, it has enormous and evidential moral force. I think that we can persuade the public that we need to be putting our children first and their interests first. No parent, no family, no community wants to see their children in twenty or thirty or forty years time, living with, suffering from, the kinds of diseases that they are beginning to suffer from because they have become victims of this predatory corporate behavior. So, I think the challenge is great, but the prize is great too, and the prize is the health of our children and young people.”

Link to the report:

A future for the world’s children? A WHO–UNICEF–Lancet Commission

Effect on the Brain

My colleague Dr. Rachel Gow contributed to this short video emphasizing the value of healthy fats on the brain.

Food Literacy for All

Presentation to Food Literacy for All – University of Michigan, February 4, 2020

Food Literacy For All Presentation from Robert Lustig 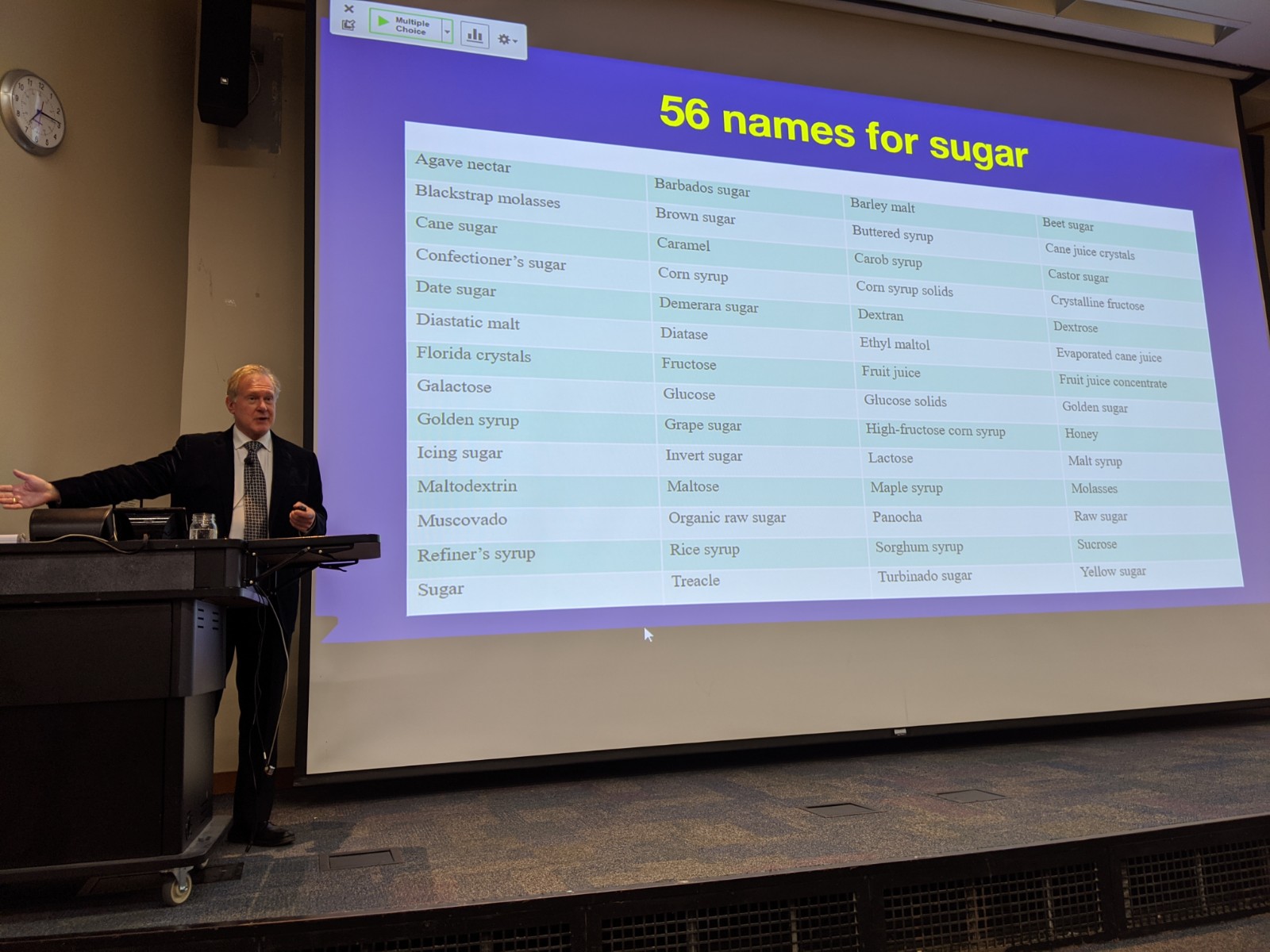 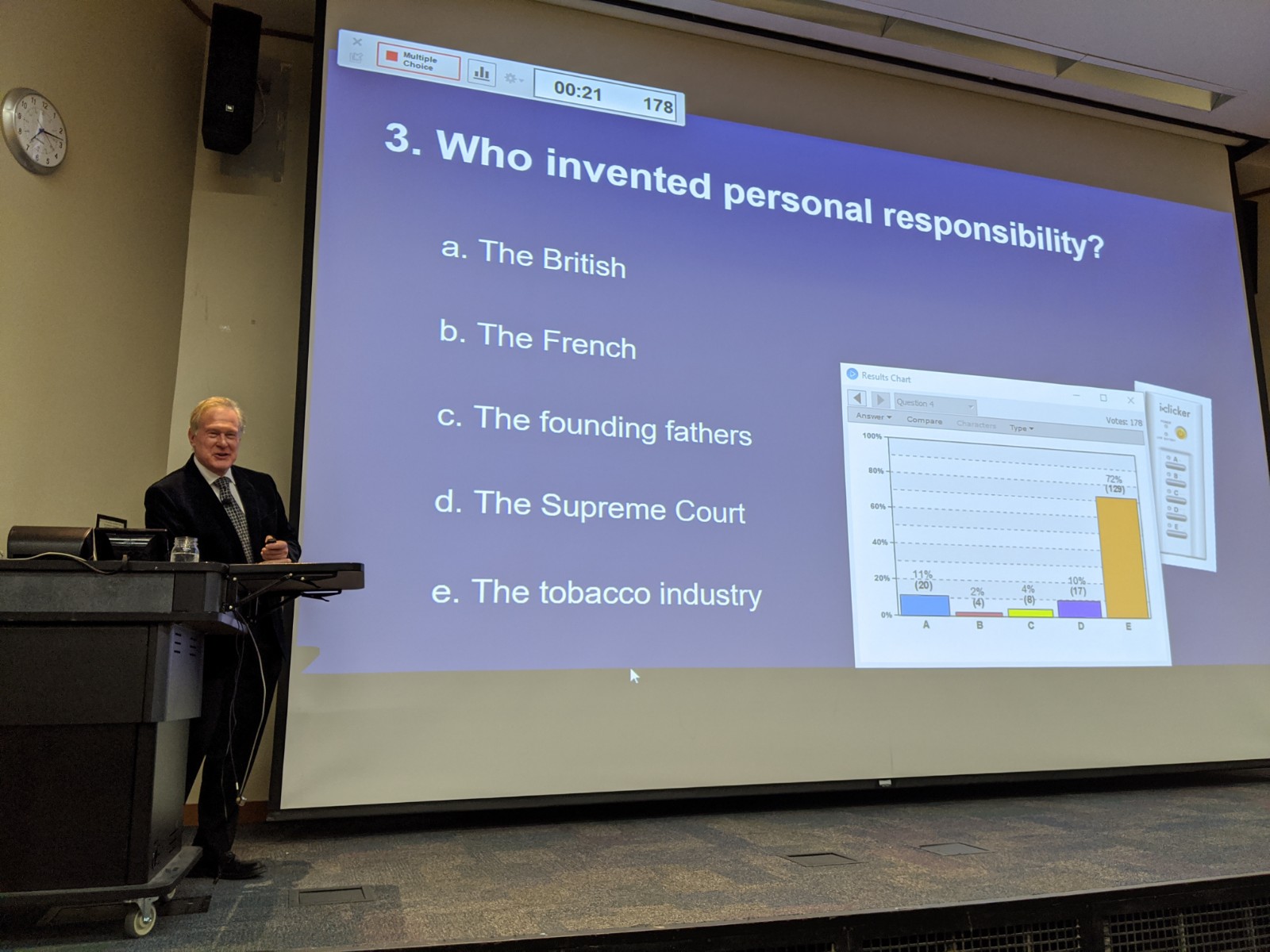 “This is Food Literacy for All. The problem of course is that we are quite food illiterate. Why is that? The argument that I’m going to make tonight is that it is planned. They want you to be food illiterate.” – Dr. Robert Lustig  #FoodLiteracyforAll 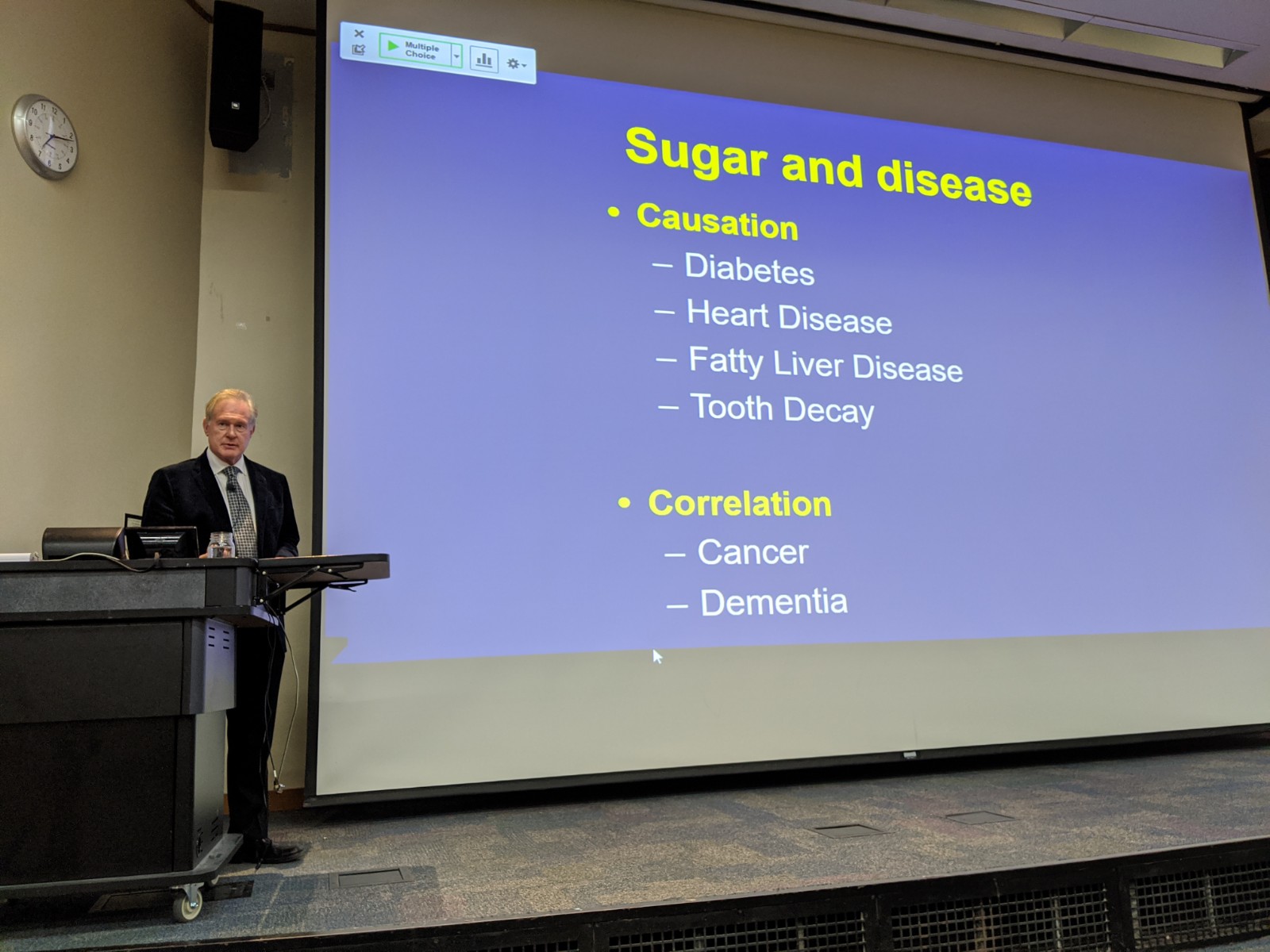 Sugar and Disease – Causation and Correlation 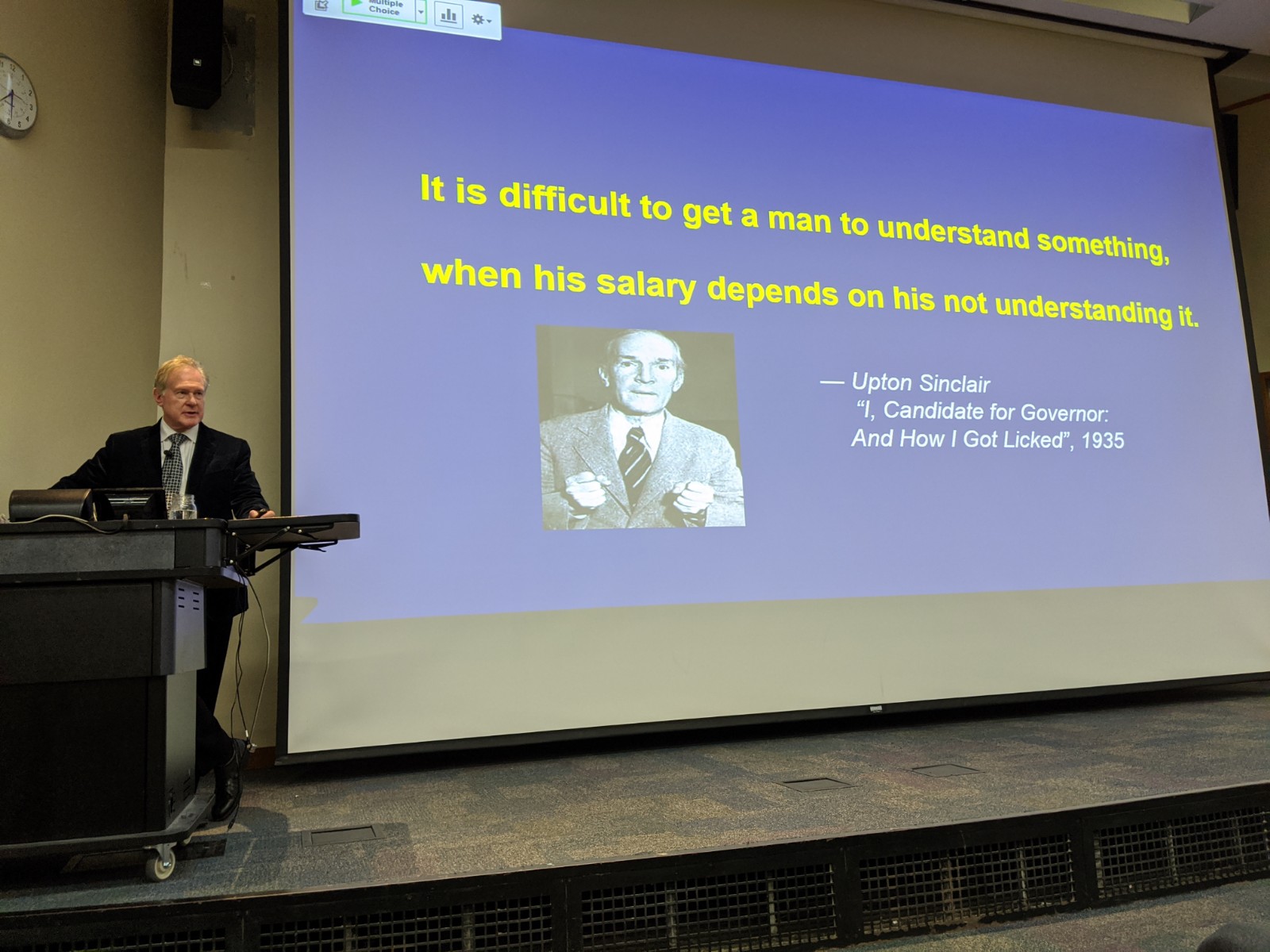 It is difficult for a man to understand something when his salary depends on not understanding it.

Very pleased to be supporting IMMH at the 11th annual Integrative Medicine for Mental Health Conference, August 20-23, at the historic Hilton Chicago on Michigan Avenue. This four-day international conference will give practitioners a holistic approach to successfully diagnose and treat underlying issues contributing to the symptoms of neurological, behavioral, and psychiatric disorders.

IMMH is the only conference annually dedicated to integrative medicine for mental health, which is brain health.

IMMH will soon be announcing all of the speakers for IMMH 2020. Details, including registration available at www.IMMH2020.com. Stay tuned for updates.

In the meantime, check out the highlight video from this year’s IMMH Conference: 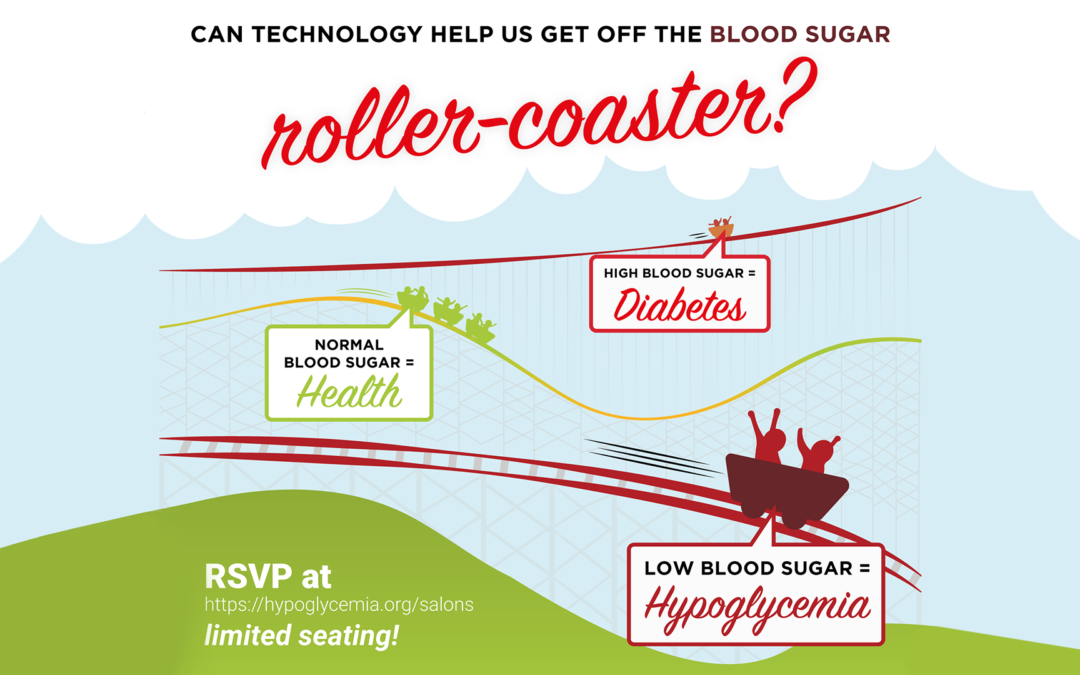 Hopefully, your new year is off to a healthy start.

You may have seen the New York Time article by By Tara Parker-Pope:

and her follow-up piece:

“Dried Fruit, Oats and Coffee: Answers to Your Sugar Questions”

Addicted To Sugar? This Doctor Says It’s ‘The New Tobacco’

I’m in Paris on sabbatical, but if you happen to be in or near San Francisco on January 15th, don’t miss this event at UCSF with my colleagues:

All the best to you in this new year. 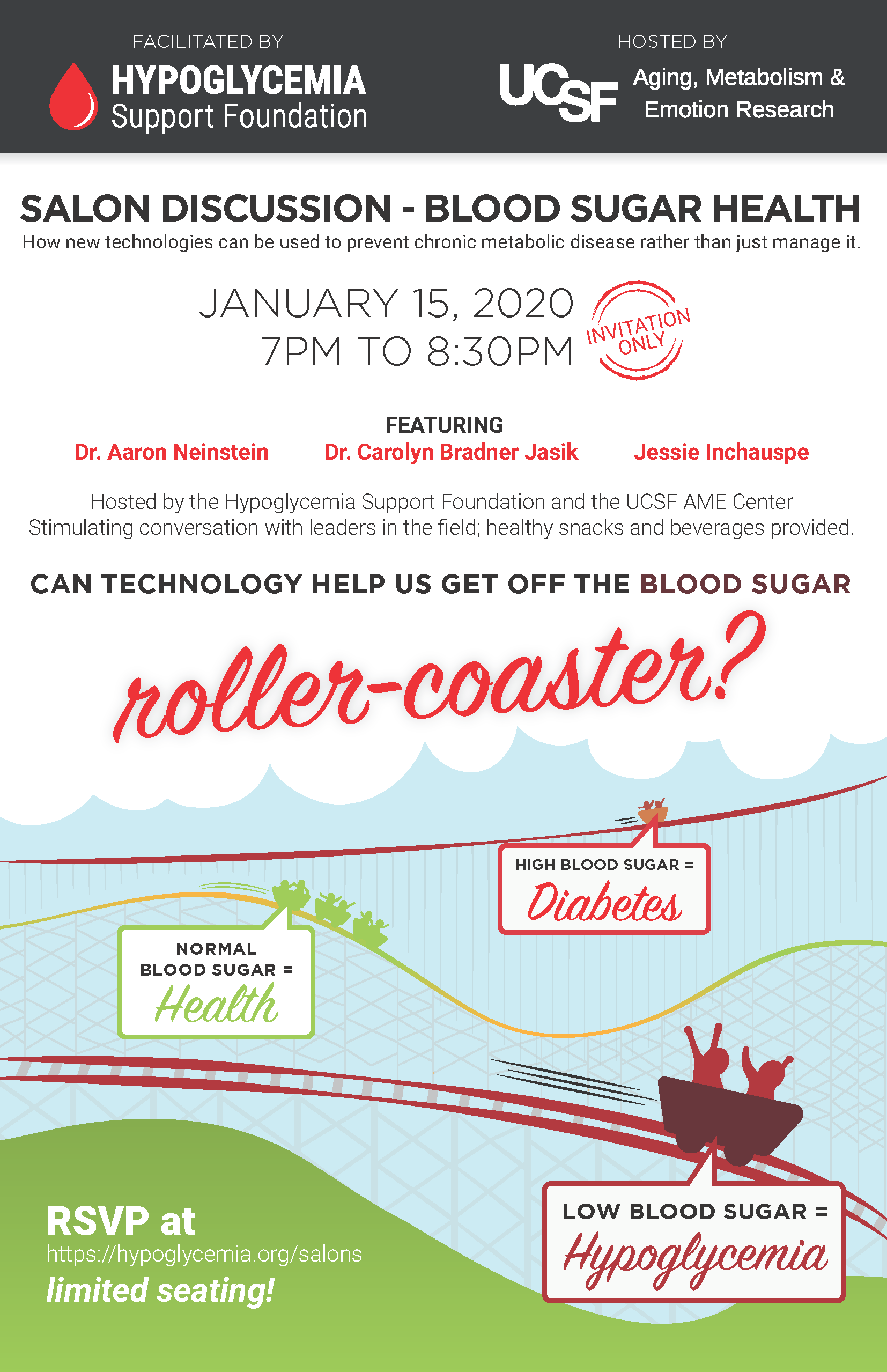 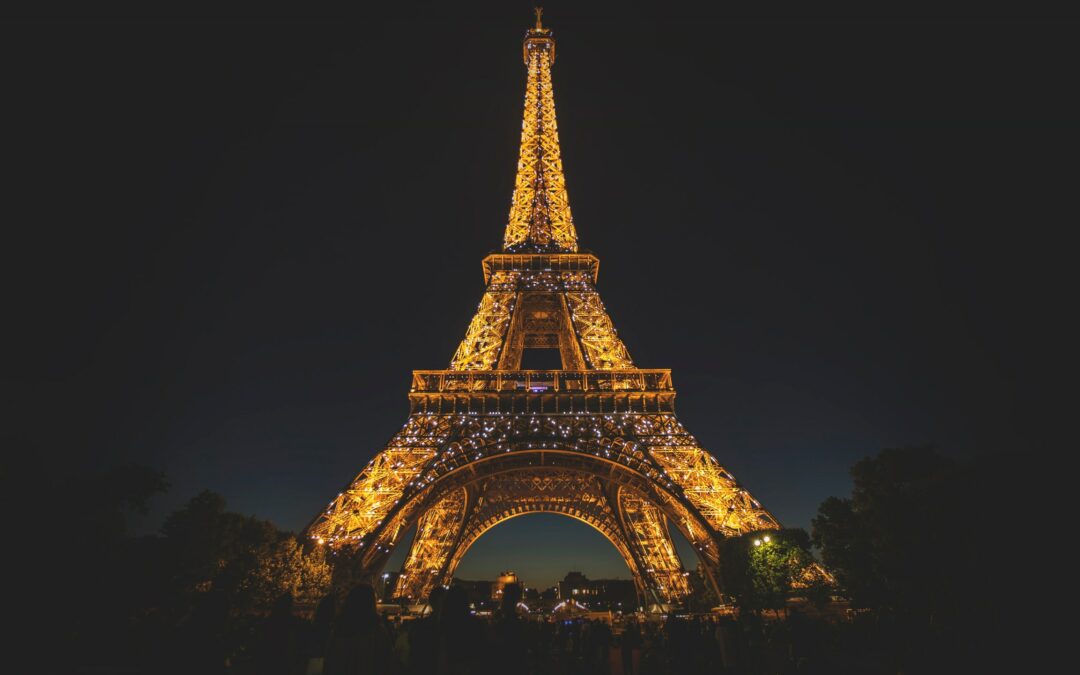 It’s not a secret that children (and really all of society) this past decade have become addicted, depressed, anxious, distracted, and angry.

The question is why. I’m going out on a limb here. We now have two dopamine stimulators that we freely and willingly give to kids — sugar and technology. But the genie is out of the bottle. We have to find a way to peacefully co-exist with these problems, and we have to teach children how to manage them.

For the next six-months, I’m going on sabbatical in Paris, where I will be bridging two academic units — the Center for Research and Interdisciplinarity (https://www.cri-paris.org/en) and the neurocybernetics lab of ETIS (Information Processing and Systems Teams) at the Université de Cergy-Pontoise  (https://perso-etis.ensea.fr/neurocyber/web/en/) to develop a curriculum and materials to help combat addiction in 9-11 year old children.

Wish me luck! I’ll need it! 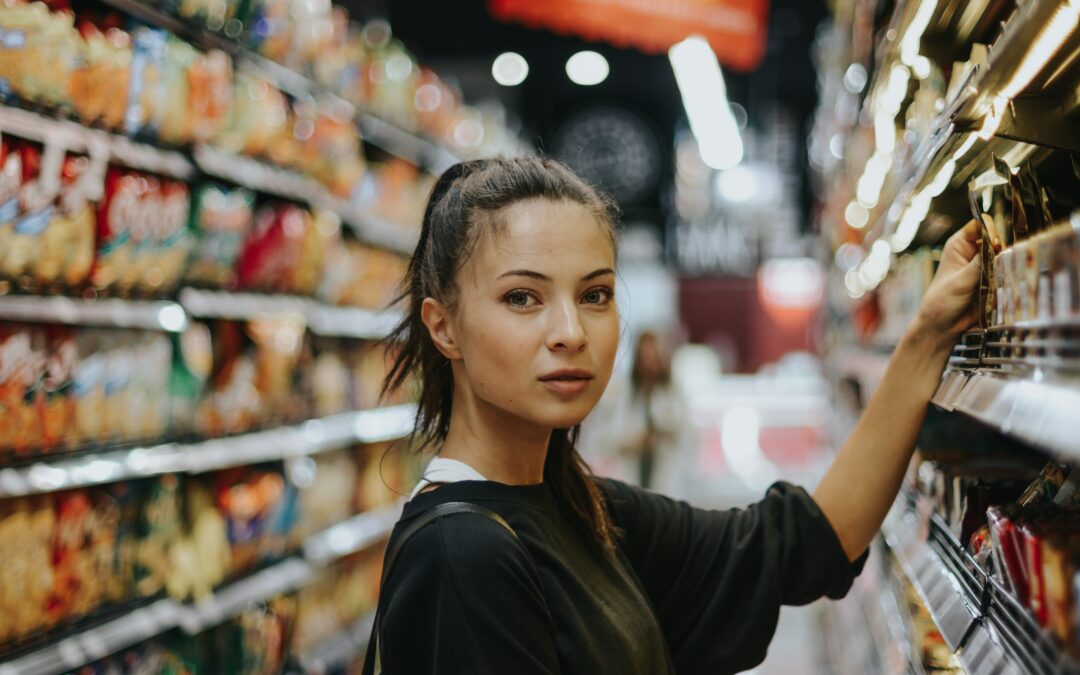 “A popular U.S. brand of potato chips once promoted itself with the slogan, “betcha can’t eat just one!” Maybe that’s because potato chips, like so many foods in the American diet, can pack a mix of ingredients apt to light up people’s brain-reward neural circuitry and overpower mechanisms that are supposed to signal when we’ve had enough to eat. Researchers call this class of foods — often processed foods or sweets with alluring combinations of fat, sugar, carbohydrates and sodium — “hyper-palatable.” While a slew of films, popular books and academic studies have addressed hyper-palatable foods over the past 15 or so years, none has yet to offer a broadly accepted quantitative definition of just what constitutes a hyper-palatable food.”

New research offers specific metrics that might qualify foods as hyper-palatable — and finds most foods consumed in the United States meet these criteria.

Research Paper in Obesity: Hyper‐Palatable Foods: Development of a Quantitative Definition and Application to the US Food System Database

“Extensive research has focused on hyper‐palatable foods (HPF); however, HPF are defined using descriptive terms (e.g., fast foods, sweets), which are not standardized and lack specificity. The study purpose was to develop a quantitative definition of HPF and apply the definition to the Food and Nutrient Database for Dietary Studies (FNDDS) to determine HPF prevalence in the US food system.”

“The study is the first to provide a quantitative definition of HPF to be used as a starting point for future research. Given the immense contributions of HPF to obesity risk and related health conditions, it is imperative that the research community develop and validate a specific, quantitative definition of HPF that will advance the field’s understanding of potential mechanisms that may drive overeating and obesity. The HPF definition may also be an asset to inform future food policy work. A major barrier to policy legislation on HPF is that there is no precise definition to inform regulation, and it is not feasible to limit or restrict entire categories of foods (e.g., desserts). Given the ways in which HPF are integrated into our existing food system, strong and specific scientific evidence will be needed to dislodge and eventually regulate some of the most problematic foods that are associated with extensive disease and disability in the US. The HPF definition and quantitative criteria presented in this study represent a crucial first step in this process.”

“Fazzino and her KU coauthors — Kaitlyn Rohde, research assistant at the Cofrin Logan Center and Debra K. Sullivan of the Department of Dietetics and Nutrition at the University of Kansas Medical Center — sought to define criteria for hyperpalatable foods by conducting a literature review, and then using nutrition software and applying their definition to 7,757 food items in the U.S. Department of Agriculture’s Food and Nutrient Database for Dietary Studies (FNDDS).” 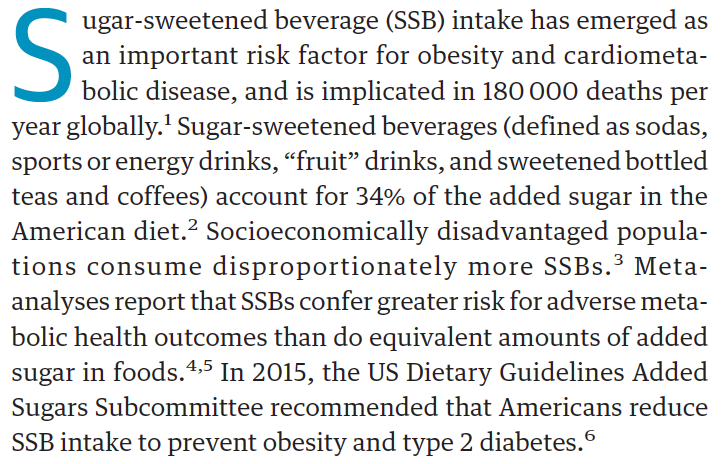 In this before-after study and trial that included 214 adults who regularly drank SSBs, participants reported consuming less SSBs after a workplace sales ban and a reduction in waist circumference and sagittal diameter but no change in body mass index or insulin sensitivity. Those randomized to receive a brief motivational intervention had greater improvements.

“As rates of cardiometabolic diseases continue to rise, private employers are likely to face greater productivity losses and private health expenditures. The results of this study suggest that workplace SSB sales bans, if widely adopted, could add another layer of efficacy to existing SSB reduction strategies. At the societal level, private sector–driven change through workplace sales bans seems to offer a strategy that complements existing governmental reform efforts. Although effective, governmental reform policies, such as SSB taxation and warning labels, face significant political obstacles that private-sector sales bans do not.”

Articles about the Study

Doctors call on workplaces to ban sale of sugary drinks, The Guardian