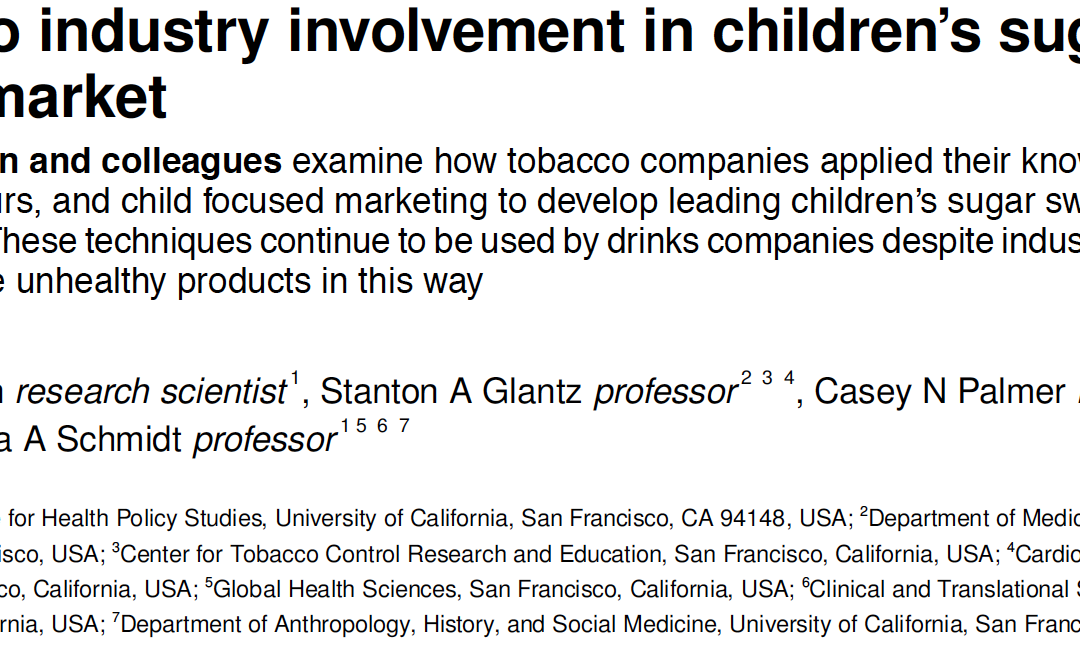 Tobacco conglomerates that used colors, flavors and marketing techniques to entice children as future smokers transferred these same strategies to sweetened beverages when they bought food and drinks companies starting in 1963, according to a study by researchers at UC San Francisco.

The study, which draws from a cache of previously secret documents from the tobacco industry that is part of the UCSF Industry Documents Library tracked the acquisition and subsequent marketing campaigns of sweetened drink brands by two leading tobacco companies: R.J. Reynolds and Philip Morris. It found that as tobacco was facing increased scrutiny from health authorities, its executives transferred the same products and tactics to peddle soft drinks. The study publishes March 14, 2019, in the BMJ.

“Executives in the two largest U.S.-based tobacco companies had developed colors and flavors as additives for cigarettes and used them to build major children’s beverage product lines, including Hawaiian Punch, Kool-Aid, Tang and Capri Sun,” said senior author Laura Schmidt, PhD, MSW, MPH, of the UCSF Philip R. Lee Institute for Health Policy Studies. “Even after the tobacco companies sold these brands to food and beverage corporations, many of the product lines and marketing techniques designed to attract kids are still in use today.”

American youth currently consume an average of 143 calories a day in sugary beverages, according to the Centers for Disease Control and Prevention. These calorie-dense drinks do not provide the satiety of foods and are associated with obesity and metabolic syndrome, a cluster of conditions that increase the risk for heart disease, stroke and Type 2 diabetes.

Tobacco giant R.J. Reynolds led the transition to sweetened beverages in 1963 when it purchased Hawaiian Punch from Pacific Hawaiian Products Company, according to the documents. The beverage previously had been promoted to adults as a cocktail mixer, but R.J. Reynolds sought to beef up the drink’s “Punchy” mascot – a counterpart to the “Joe Camel” cartoon character the company used to promote cigarettes – and featured it on toys, schoolbook covers, comics, tumblers, clothing and TV commercials. Punchy became the “best salesman the beverage ever had,” according to tobacco industry documents.

In the ’60s and ’70s, the company conducted taste tests with children and mothers to evaluate sweetness, colors and flavors for Hawaiian Punch product line extensions. The children’s preferences were prioritized, the authors noted.

By 1983, R.J. Reynolds introduced the nation’s first juice box, marketed as a “handy little carton that comes with its very own straw.” This innovation was largely responsible for a 34 percent jump in sales, according to industry documents.

Meanwhile, tobacco competitor Philip Morris had acquired Kool-Aid, via General Foods, in 1985. The company flipped its marketing audience from families to children, created its “Kool-Aid Man” mascot, and launched collaborations with branded toys, including Barbie and Hot Wheels. It also developed a children’s Kool-Aid loyalty program described as “our version of the Marlboro Country Store,” a cigarette incentives program.

“The Wacky Wild Kool-Aid style campaign had tremendous reach and impact,” said first author Kim Nguyen, ScD, MPH, who is also with the UCSF Philip R. Lee Institute for Health Policy Studies. “Lots of kids in the ’80s dreamed of getting swag from the Wacky Warehouse. What is really ‘wacky’ is that the Kool-Aid kid program was modeled after a tobacco marketing strategy designed to build allegiance with smokers.”

By 2004, Philip Morris had developed at least 36 child-tested flavors to its Kool-Aid line, of which some – like “Great Bluedini” – integrated colors with cartoon characters. The tobacco giant also acquired Capri Sun and Tang, and used similar child-focused integrated marketing strategies to drive those sales.

“The industry claims that these tobacco-inspired marketing strategies are not actually targeting children and should be excluded from these industry-led agreements” said Schmidt. “But the evidence cited in our research shows that these product lines and marketing techniques were specifically designed for and tested on children.”

The authors conclude that, given the current high rates of childhood obesity, there is a clear need to replace current industry-led voluntary standards with well-enforced government regulations on marketing sugary beverages to children.

“Parents do play a significant role in what their kids eat and drink,” Nguyen said. “However, we cannot underestimate the influence of these beverage corporations and their marketing. They intentionally develop marketing campaigns that appeal to kids by making the drinks fun and exciting.”

The UCSF Industry Documents Library was launched in 2002 as a digital portal for tobacco documents. Today, the library includes close to 15 million internal tobacco, drug, chemical and food industry documents used by scientists, policymakers, journalists and community members in their efforts to improve and protect the health of the public.

Disclosures: No conflicts of interest.

Stories about this research: 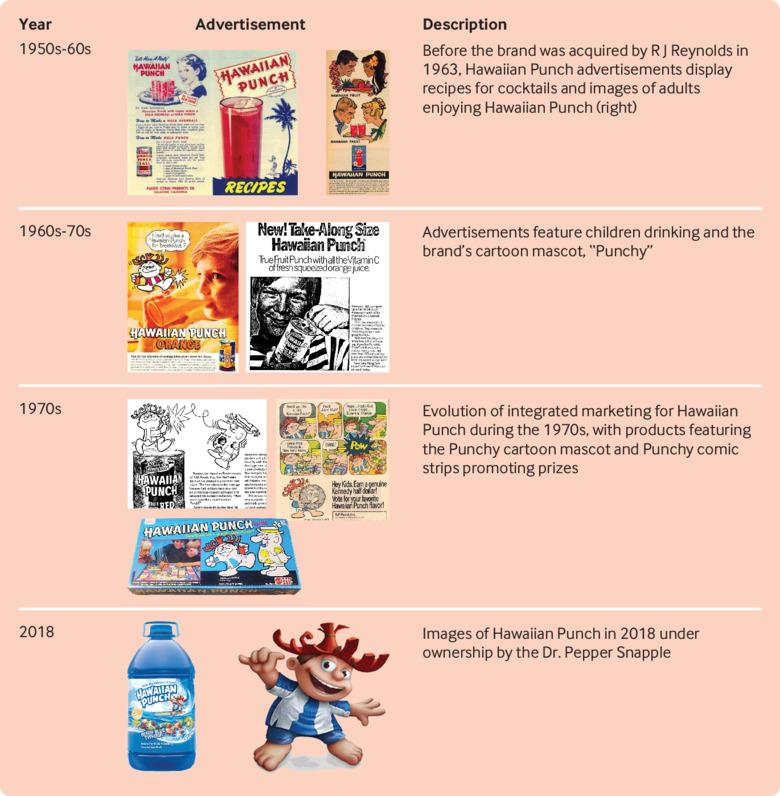 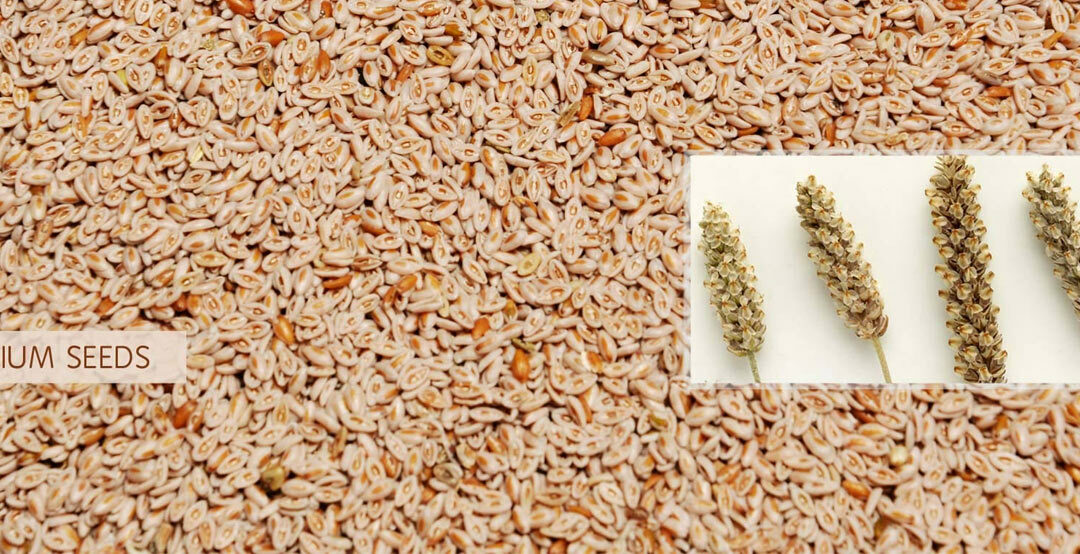 Another Note on Fiber

The fiber in real food is of two kinds: soluble, which is globular (e.g. beta-glucan, pectin, inulin, etc.); and insoluble, which is stringy (e.g. psyllium, cellulose, chitin, etc.). You need both, as they do different jobs. The insoluble fiber forms a latticework (like a fishing net) in the duodenum, and the soluble fiber plugs the holes in that latticework. Together they form a secondary barrier on the inside of the duodenum, which prevents early absorption of mono- and di-saccharides, as well as other readily absorbable nutrients.

Psyllium is an insoluble fiber. Alone It could form the latticework, but not plug the holes. Beta-glucan is a soluble fiber. It can swell and absorb water, but could not lay down the scaffolding. To get the benefits on delay of absorption, you would need both. Real food has both. Ingestion of either psyllium alone or beta-glucan alone could not form the secondary barrier. You need both. Could you put both into one pill? Perhaps. But the side-effects would be highly problematic.

Psyllium is not compressible, so in order to lay down the latticework for creation of the duodenal barrier, you would have to take a high dose of psyllium. Furthermore, psyllium leads to loose stools, which is not disastrous, but is not pleasant. Beta-glucan swells with exposure to water and does not release the water causing severe bloating, distress, and diarrhea. It does not absorb macronutrients, just water. Furthermore, neither fiber gives up the water it absorbs, resulting in problematic and persistent GI distress.

Intact fiber – as a whole food – has many benefits. Not just the short-chain fatty acids (SCFAs). In the processed food industry, the “germ” of the grain (the nucleic acids, flavinoids, polyphenols) is removed with the fiber. Keeping the fiber also means keeping the germ intact.

Dr. Aseem Malhotra addressed the European Parliament on February 26, 2019 – see the video recording to on the left side of this screen. You may view his powerpoint here as well. 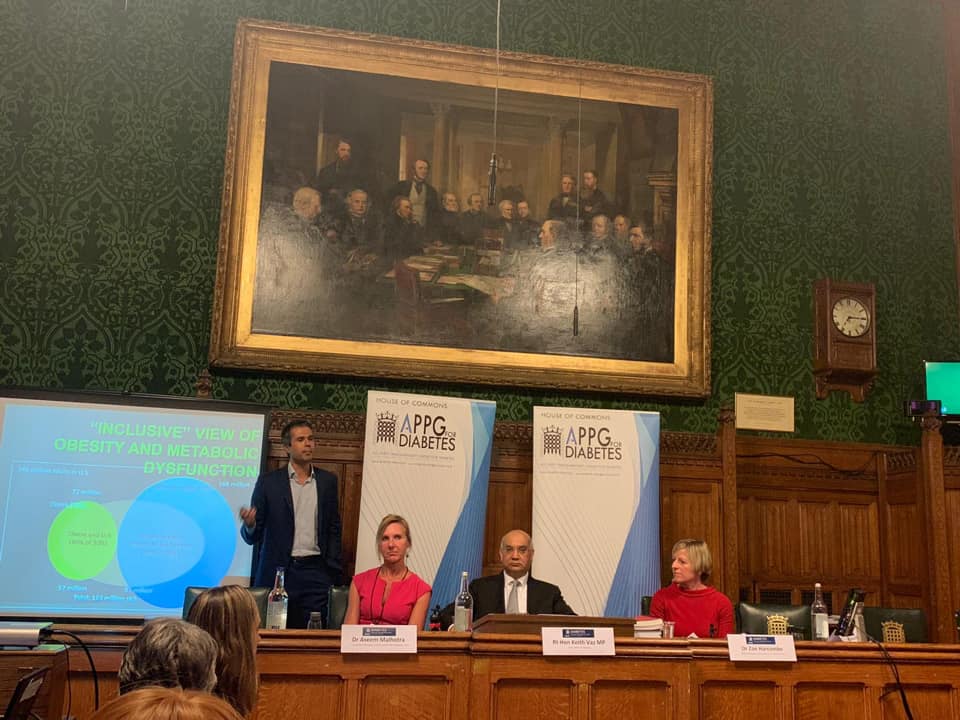 “This evening I had the honor of speaking In parliament to a packed audience of MPs, lords, healthcare practitioners, and members of the public including Dr. Michael Moseley. There were no holds barred in calling out dietary misinformation coming from the establishment including Public Health England, ignorant scientists and the British Dietetic Association. Evidence based medicine has been hijacked by commercial influence but we have the solutions to fix this broken system and we must. It was also a pleasure to meet with a very receptive and friendly Secretary of State for health who was delighted to receive a copy of the Pioppi Diet. He also promised he would watch my talk and that of Dr. Zoe Harcombe that has been recorded by Ivor Cummins for you all to see soon. Special thank you to Tom Watson and Keith Vaz for making this happen!”